Prince’s Sign O’ The Times: A Retrospective
by Michael A. Gonzales

When Prince finally unveiled the soul sonic mastery of Sign “?” the Times (SOTT) on March 31, 1987, he had both everything and nothing to prove. Having reached his commercial zenith three years before with the electric dreamy rock dream Purple Rain, the powerhouse album and film that made him a superstar, there were still doubters waiting for him to fall.

Prince’s experimental follow-ups Around the World in a Day and Parade (which also served as the soundtrack to his disastrous second film Under a Cherry Moon) were both aurally vibrant displays of his colorful musical palette that drew on everything from James Brown to Burt Bacharach, Nino Rota to Joni Mitchell, but brand new bags ain’t for everybody, and some fans (as well as Warner executives) were getting antsy. 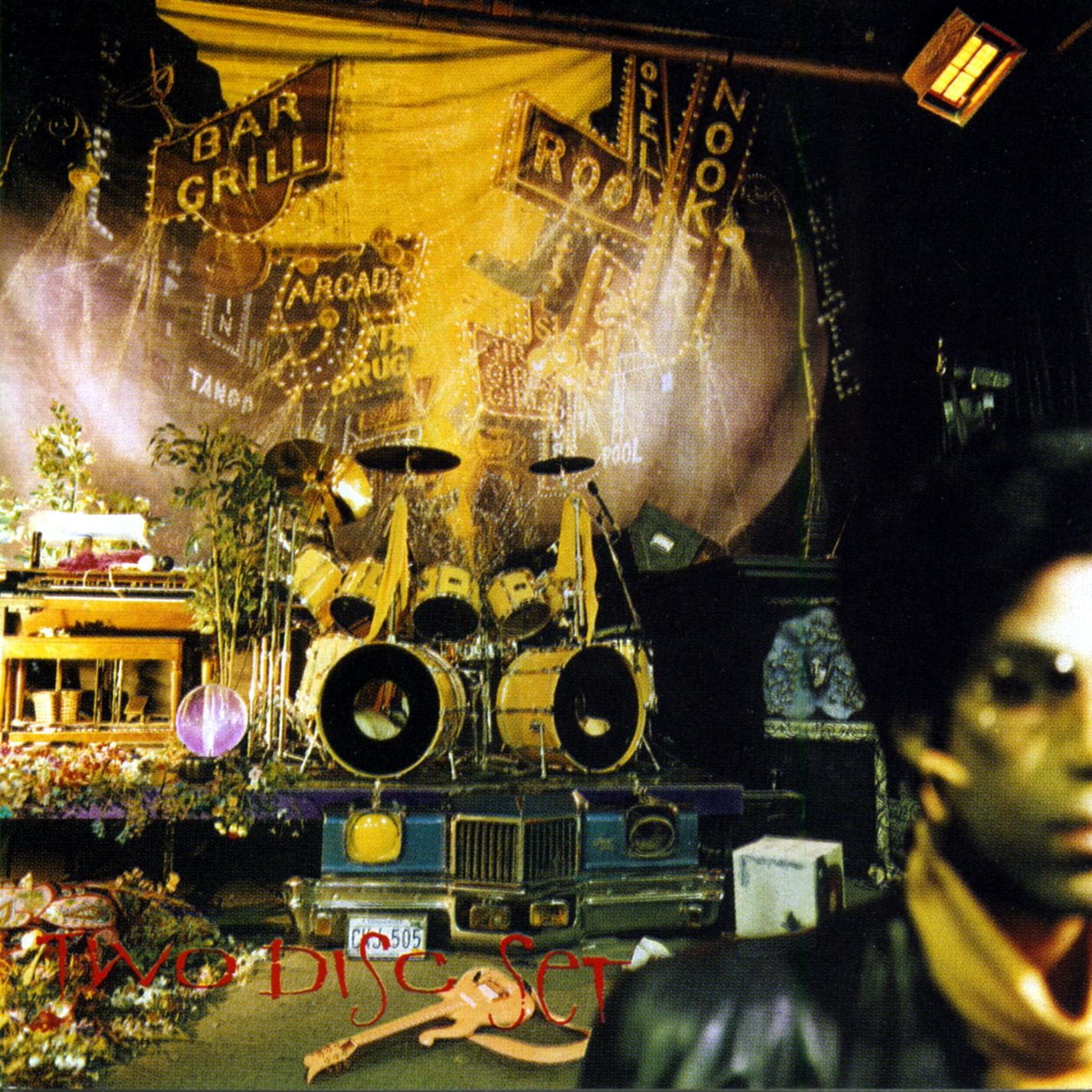 While us true believers were content to follow our purple clad leader down whatever psychedelic path he chose, other folks were missing those straight-up Prince party jams like “Uptown” or “Party Up,” two upbeat tracks that blared across urban America just a couple of years before his crossover was complete.

Still, when word began to filter through the Prince underground that he’d disbanded his group The Revolution, whose wily white-women members Wendy Melvoin (guitar) and Lisa Coleman (keyboards) had seemingly become vital to Prince’s sound, even the believers blinked, questioning his decision. Not one to be pinned down by the industry, his band or the fans (much like his slippery hero Sly Stone), if we wanted Prince to stay, we had to play the game his way.

Thinking back 30 years as I soared through the stormy clouds and purple raindrops towards that yesterday a million miles away, I crash-landed Little Nemo style in my Harlem bedroom. It was seven o’clock in the morning, and outside the sooty window, the sun was shining. Sitting on the side of the bed with a strong cup of Bustelo in hand, I was already tardy for my gig at a downtown homeless shelter, but they were used to me being late. The stereo was in the corner blasting either WBLS or KISS-FM, but none of that mattered when the morning jock announced that he was about to cue the new Prince single, “Sign “?” the Times.” Having never heard the song, time stopped. I might’ve spilled my coffee on my leg or maybe quickly called my girlfriend, Initia (name a Prince album, and I’ll tell you who I was dating when it hit), to tell her to tune in. I might’ve pulled down the shade, turned off the light and jacked up the volume. Back in those days, I liked listening to Prince in the dark while puffing some mind-right, sometimes with headphones on, paying attention to every falsetto yelp, guitar lick, LinnDrum tick and ingenious musical arrangement in his aural arsenal. Propping up a pillow, I leaned against the wall and fell into my own version of “the sunken place.”

The track opened with eerie synth sounds bumbling from beneath the ground, an urban monster electric-boogie C.H.U.D. struggling to the surface. The keyboards textures were dark, a minimal groove as raw as those made in the dub yard of Lee Scratch Perry. However, the darkness of the music was only shade compared to eclipse of the spooky lyrics documenting a postmodern planet Earth on fire, a world where sex could literally kill, crack cocaine cowboys controlled the streets, the government spent more money on technology than people and a rocket ship exploded in the sky.