Last month, my wife and I were thrilled to be invited to Brooklyn Bowl to check out the Prince and Michael Experience, which was created by Bomb Records owner and San Francisco Bay Area based DJ, Dave Paul. It had been the first time I had seen Dave in years. You see, we had met years earlier in San Francisco when I was nearing the end of my matriculation at Stanford. At the time, my good friend, Cheo Coker (Southland, Notorious) was writing for Dave’s underground hip hop mag The Bomb Hip Hop Magazine and it was one of his first big breaks. At the time, Cheo and I were serious Prince nerds. At one point, I recall taking a collection on campus for a Prince live bootleg album, Dance Music Sex Romance – 2nd Show, and taking the bus up to the Berkeley record store where the record was on hold. Cheo and I spoke endlessly about Prince, his music, his women and our mutual love and respect for his music. So, it came as a real surprise when I heard Dave was as into Prince as I was when we met. Who knew?

Fast forward to Brooklyn Bowl and we were ready to experience what we had been hearing about from our friends around the country who had been to the event. We were not disappointed. Although the evening started later than most parties of its type, we took our disco nap and braved the frigid air to make it happen. For those who haven’t been to Brooklyn Bowl, it is an actual bowling alley with a huge dance floor, a stage and two large bars. The place was packed and filled with Prince and Michael Jackson revelers. In the crowd were plenty of look alikes and folks who clearly spent too much time preparing for the evening. Dave was able to maintain a consistent flow throughout the night and mixed several standards from both artists with a few remixes and other rare tunes that complemented the overall flow. In addition, a few associated artists’ records were thrown in for good measure. However, given our aforementioned addition to Prince, it would have been nice to hear a few more bootlegs and more from associated artists like The Time, Vanity Six or Jesse Johnson. The crowd was very diverse and it made for a very We are The World feeling, which was not a bad thing. In addition to great music, there were several live on stage performances to the music including several Michael Jackson lookalikes who seemed to be battling each other during Thriller. That part was simply hilarious. These guys really take their jobs seriously. Towards the end of the night, we were able to speak to the most popular impersonator and he said that he didn’t grow up with a father in the house and that Michael was his father in his mind. After a very long silence, my wife and I excused ourselves and ran for our car. But seriously, it was one hell of a night and one that we would highly recommend. We were able to catch up with Dave for a quick Q&A. Check it out below:

1) What was the main motivation for during a Prince AND Michael Event?

I’ve been a Prince fan for a long time, and for a while, an avid collector (vinyl, cd’s, posters, buttons, magazines etc). In 2002 I wanted to do an all Prince party here in San Francisco. But there had already been all Prince parties out here, Dream Factory and a couple of others. I was discussing my dilemma with my friend Jeff Harris who is a huge MJ fan, and he suggested why don’t we do Prince and Michael Jackson. So I brought all my Prince records and he brought all his Michael records and that’s how it started.

2) You have been doing these events for 9 years now, how has the event evolved over the years?

Before our monthly residency at Madrone in San Francisco we were a roving party, a different club every time. Then we were playing at Rockit Room and Leila (the owner of Madrone at the time) was there and had such a good time she wanted the party at Madrone. That’s how Madrone came to be our home for PR+MJ for the last 6 years.

3) You have taken the show on the road and seen loads of different crowds. How do the various cities differ with respect to their response? (several examples would be great)

4) What is the biggest challenge as a DJ putting together your setlist? How much is set before hand and how much is live?

5) Ok, this is the tough one. Pound for pound, who is better, Michael Jackson or Prince?

That’s the million dollar question isn’t it? In the end it’s like apples and oranges and every person you ask you will get a different answer, and the reasons behind their answer. For me – Prince. I love both and respect both but for me growing up I was able to relate to Prince’s music more. Songs like When You Were Mine and Anotherlover… to the nasty songs, to his production with the Linn drum.

Check out our photos of the Prince and Michael Experience: 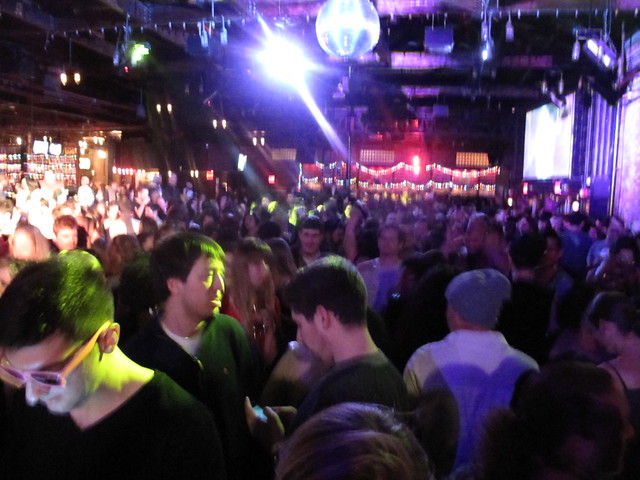